The word that would in the most terse manner sum up the general movement proposed in Pierre Huyghe’s show at the Centre Georges Pompidou would probably be chaotic. It is supposed to be a “mid-career retrospective”, and yet it seems to avoid all straight historical lines. Instead it mixes works from different periods in an open-structured architecture, in the meanders of which a host of different characters stray about: not only wandering visitors, but also a dog, arachnids, and a few performers. In the Galerie Sud, where the exhibition takes place, Huyghe has left the architecture of the previous, posthumous Mike Kelley exhibition standing. The traces of this “reuse” are clearly visible—unpainted or broken walls, and irrelevant labels for Kelley’s works. Thus we find ourselves in a discontinuous space, with obtuse angles filled with purple sand, and dark passageways. The unpredictability of the dispositif, as well as the derelict atmosphere, feel too intentional—the mark of the artist—for grace to prevail over déjà-vu. Which doesn’t prevent the work from leaving a lingering impression.

This unfathomable structure is in any case in line with Huyghe’s latest projects. Over the last decade he has been busy redefining the dimensions of time and space in which artists are supposed to act—meaning, the presupposed closed formats of the exhibition and the artwork—then addressing the audience on a basis different from the spectatorship defined by these very limits. His more ambitious works have been taking place, and shape, outside of the museum: the invention of a holiday for a new suburban town, Celebration in New Jersey; a trip to Antarctica, that was “translated” into a live event at Central Park (A Journey That Wasn’t, Double Negative, 2005) and into a film (A Journey that wasn’t), while it had its origins in the reading of Poe’s The Narrative of Arthur Gordon Pym of Nantucket, that was itself the basis of the show, L’Expédition Scintillante at the Kunsthaus Bregenz (2002). More recently, he organized three nights of almost secret live events in the spaces of the Musée des Arts et Traditions Populaires—a now closed ethnography and folklore museum near Paris—that was then transformed into a movie, The Host and the Cloud; and his participation in dOCUMENTA 13 resulted in the creation of a mysterious ecosystem in a waste area, remote from the usual sites of the exhibition (Untilled, 2013).

These long-term experiences have consistently been conceived with their representation and circulation in galleries in mind. Huyghe doesn’t romanticize the authenticity of firsthand experience: he makes the distinction between “the living situation” that he builds, and the “variations,” minutely designed with collaborators, that he produces. To a large extent the Pompidou show is made of such autonomous forms, beyond the simple document. The film is here a favorite tool: it presents itself as a fiction, an edited narrative, while it accounts for phenomena, thanks to its realism. Streamside Day (2003), for instance, combines documentary footage shot in Celebration, with fairytale-like, fiction sequences. The film is nothing transparent, it’s a way to tell—not only to show—the project, its circumstances, its stakes.

Other “variations” in the retrospective consist in the partial reactivation, or reenactment, of the projects. For instance, the statue of a reclining woman with a beehive on her head, that was part of Untilled, is installed outside of the Galerie Sud, in an area on the public square that has been annexed for the occasion, and where machines now create rain or snow—like in L’Exposition Scintillante. The compelling pink-legged, female dog familiar from the Documenta project walks around the exhibition space, accompanied by a man wearing a LED-equipped, book-shaped mask from The Host and the Cloud. These “happenings” pop up with no schedule, raising the attention and animating the galleries. By contrast with the films—the strength of which relies, for better or worse, on how they take for granted the viewer’s position—these live acts and characters seem to aim at disturbing the museum-goers’ habits. The aesthetics is not one of shock, however; the rhythm is that of wandering, on a downtempo mood.

It’s not such a surprise then, that Pierre Huyghe insisted so much, when interviewed about his project, on the notion of indifference. He said he conceived of the show as an autonomous, self-evolving milieu, “indifferent” to the audience, cast in the role of a contingent third party, to whom nothing is addressed, and on the presence of whom nothing depends . A statement that seems to negate any “relational” dimension of the art, and make both the artist and the viewer irresponsible vis-à-vis of the work. It’s possible to hear such a statement first and foremost as a critique leveled at the “assisted spectator” and the pressure of the institutions regarding the meaning of art. Most of Huyghe’s projects have the quality of a mystery, a tale or an adventure, and are exciting to tell and think about: if you can’t get it, it can still be told. Participants in the event, or spectators of the show, have to narrate their own version, spread the rumor, recall what they saw or felt, etc. Huyghe uses the term “witnesses” to characterize the public, which sounds strange, considering how loaded the term is; but it may indicate how interpretation, as the responsibility in engaging the work, is still at stake in the work. It’s as if Huyghe were at the same time denying the public any “right” to the work, and offering all latitude in its apprehension.

The paradox becomes even more apparent when we observe the forms that “indifference” takes in Huyghe’s work, and identify some well-known, modernist patterns. First of all, the characters in the show act exactly as figures of absorption and self-concentration, presenting themselves to the viewer while refusing to look at her/him. Even the dog doesn’t pay attention to the crowd—and her pink leg makes it explicit enough that she isn’t a pet.

In a film such as The Host and the Cloud most of the situations that are staged are actually ones in which the audience is very precisely assigned a place and a task: a trial, or a crowning, where the “witness” is very necessary to the ritual’s success. At the same time the opening scene in the movie, the reenactment of the trial of extreme-left wing terrorist group Action Directe, makes it clear that nothing here is granted: one defendant reads a statement denying any reality to the court, and denouncing the proceedings as a scripted spectacle. Other situations are of a kind in which no “outside” position is possible: in a sex orgy, or in hypnosis, there’s no neutral, innocent third party.

In any case, the live events that fill the show can’t pretend to be that strong; they don’t create that much of a tension with the audience. The rhetoric of apparition that seems to rule their chance occurrences feels like a gimmick: even if their movements are uncertain, they seem to play this performative task of assessing the presence of the viewer, more than creating room for an absence. In other terms, inside of the museum’s ruins, they’re easy to identify as artworks, and it’s easy to identify oneself as an audience in front of them. The mise-en-scène of their indifference creates a rather safe image of otherness, distance without the risk of self-projection.

What’s at stake in all this seems to be the state in which Huyghe aims at putting the public. Indifference often rhymes in the show with the romantic notion of the indifference of nature, with a post-apocalyptic touch. The recurring motif of the post-human landscape, unwelcoming places, and primordial times , is all the more striking since the major works in which Huyghe adopted a more precise documentary perspective aren’t part of the retrospective: The Third Memory is shown in the museum itself, on another floor, and pieces such as Les Grands Ensembles, a videowork based on an image of apartment buildings at night, is tellingly omitted. It’s worth noticing how the city, then, is absent in this Parisian retrospective. It’s as if the show doesn’t belong there.

It is an uneasy form of sensibility, then: on the one hand it imposes a feeling of strangeness on the visitor; on the other it’s tainted by escapism. The subjectivity that it proposes is an hallucinatory conscience of times behind the times, a care for sites that are transitory and inscribed, inhabitable and yet homely. The figure of Robert Smithson, for whose works and writings Huyghe has never hid his interest, comes to mind here. One of the works in the first room at the Pompidou show is incidentally difficult not to read as a wink at the text, “A Tour of the Monuments of Passaic,” in which Smithson traced a journey to his hometown in New Jersey. An abstract, granite sculpture dating back to 1973, Mère Anatolica 1, by the forgotten French sculptor Parvine Curie, used to stand in the yard of Huyghe’s high school. Now damaged and abandoned, this public artwork, transposed into the Centre Pompidou, finds its way in the retrospective as a tongue-in-cheek, fake/real childhood memory.

Another work follows the same path: À Part, a previously unseen edit of an 8-mm reel shot by Huyghe in the 1980s. The footage has the cheap qualities all amateur films share; their grain, their light, their instability, their sometimes uncanny rendition of movement make them anonymous and yet full of emotion.

None of these pieces work as “screen memory”—they don’t pretend to give the hidden meaning of all things, a trick possibility Mike Kelley used, for instance. They rather appear as the allegories of belonging and property the show seems at odds with. On the one hand Curie’s sculpture has lost its “public”, its institutional value, and it doesn’t feel as if Huyghe were seriously aiming at appropriating it or giving it a new life by reinserting it into such a poor, tired autobiographical tale for the museum. On the other hand the home movie, made of banal nostalgia and clichéd exoticism, doesn’t tell anything about the person who shot it; in between privacy and publicity, estrangement and commonplace, it’s now just a lost memory.

That the “scenarios” of these two “new” works seem to deal so strongly with the issue of dispossession and the relation between identity and ownership—the proper—reminds one of Huyghe’s solo exhibition at the Musée d’Art Moderne de la Ville de Paris in 2006, Celebration Park, and its neon signs claiming, for instance, “I do not own the modern times”, or, “Fictions ne m’appartient pas”. Cool-looking works that addressed not exactly the issue of “copyright”, but rather, one’s own standard preferences; or, how one defines one’s identity in a world of representations and relations, pre-set tastes, inclinations towards cultural commodities and fetishes that we cherish, love, make our own, share and lose. In this matrix desires and attachments are floating: there is no object for them to possess and no subject for them to define, nor do they work as the support of any fixed identity. As a style effect Pierre Huyghe’s “indifference” is a counterfeit withdrawal: his authority is still strongly pervasive. Nonetheless the narrative suggests that the artist is the product of the show, and not the reverse—they have the same name, don’t they? Authority shifts back to the work and the structure. The public isn’t left with much more than a shattered mirror; affections are disowned, intransitive. The sea critters in their glowing fish tanks are there to fill in the blanks, and hold the attention of the old-school viewers, still. 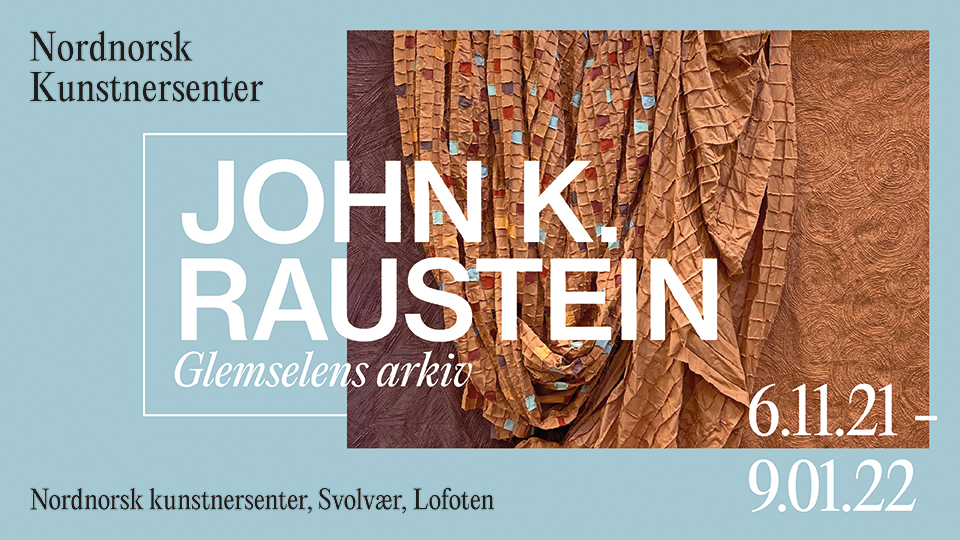 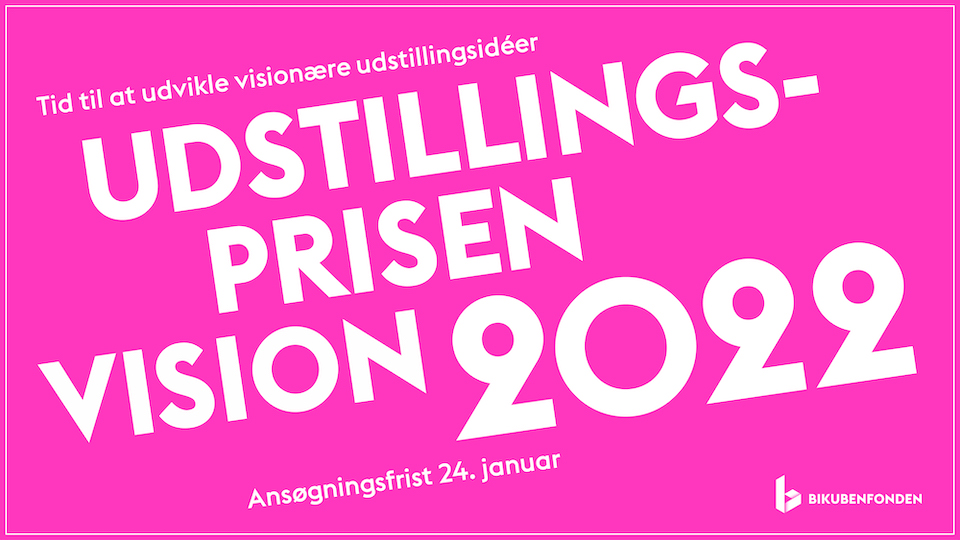