On 4 April the Danish Arts Council issued a press statement that sums up the various external evaluations and assessments of the 2012 Copenhagen Art Festival – all under the headline “Contemporary art festival under review: Praise and room for improvement.»

The assessments of the festival – which took place in the autumn of 2012 at five Copenhagen exhibition venues (Kunsthal Charlottenborg, Den Frie Udstillingsbygning, Overgaden, Kunstforeningen Gl. Strand, and Kunsthal Nikolaj) – were made by Sara Arrhenius, director of Bonniers Konsthall in Stockholm; Esa Nickle, Managing Director of Performa in New York; and Simon Sheikh, independent curator and critic. The report was drawn up by Ann-Sofie Nielsen Gremaud, evaluation co-ordinator for the festival.

The exhibition venues’ efforts receive widespread praise. The report quotes Simon Sheikh as saying: “I think that the festival was a good challenge to the five institutions, and that they rose to the occasion individually.» The overall link between individual exhibitions, the festival theme, and the public space also received praise. “In my opinion, it is exactly such a plethora of different approaches that can raise the profile and possibility of contemporary art in society, and as such I would rate the festival a formal success,» says Sheikh. However, it is also noted that some performances did not have a strong impact on the urban spaces in which they were set, and that activities located outside the venues were spread across too many sites and therefore difficult to locate. Overall, the evaluation states that the festival and its wide-ranging “community” theme “would have benefited from more stringent joint curatorial management and editing.”

As regards the individual exhibitions the programme is praised for “facilitating several different forms of interaction with art and its spectator-communities; these include ILOVIT, the theoretical seminars and talks and the various exhibitions.” Esa Nickle prefers the exhibitions that juxtapose works by two artists (Overgaden’s solo shows featuring Hito Steyerl and Yorgos Sapountzis, and Charlottenborg’s ditto featuring Joachim Koester and Ruth Ewan, respectively), favouring them over the group exhibitions (Den Frie, Nikolaj Kunsthal, and Gl. Strand). Sara Arrhenius also praises the Koester solo show: “For me the inclusion of a large solo presentation with the Danish artist Joachim Koester at Charlottenborg added an interesting and surprising break with the conventional survey mode of the festival format.» The report states that Sheikh “does not wish to make specific assessments of individual exhibitions or artists.» This is regrettable, for being the only Danish curator amongst the evaluators – and the only one to have in-depth knowledge of the scene and institutions – he had the best starting point for making a more thorough assessment of the individual exhibitions while taking into consideration the institutions’ history and specific conditions.

Nickle makes the following common on the overall community theme of the festival: “As a curatorial premise, community is a concept that can be too easily applied to everything and anything, leading to a confusion of emphasis and focus as evidenced by the very forced panel discussion about artists who ‛work with communities’ at Loppen.» Sheikh also believes that the overall impression would have benefited from greater interaction and tighter links between the various activities, yet recognises that: “it would seem that the purpose was to present something multi-facetted rather than a single vision, that is horizontal in its structural and curatorial form rather than punctual.» Arrhenius points out that the festival might have benefited from having included smaller, more experimental curatorial initiatives. Arrhenius also notes that the institutions mainly selected established artists, stating that “it might have been interesting to include more artists who were in the early stages of their career. This would allow audiences to discover and experience new names in a context where familiar works were also presented.”

The press release summary also states that “the artistic ambitions have rested on viable foundations in terms of organisational format, management, and financial management. Interaction between the venues, the festival secretariat, and the board of directors has been positive and effective, the financial framework was adhered to, and the festival has prompted good responses from sponsors and foundations.” As regards the organisational set-up it is concluded that it “required extensive resources to set up a fully operational organisation. And even though the curating is considered successful, the evaluations point to the necessity of placing curatorial responsibility with fewer individuals – possibly with an international guest curator who would also help raise the festival’s profile abroad, both professionally and in terms of marketing potential. Finally, the festival should have a clearer profile, and the stakeholders should be aware of the importance of the frequency of the event: the question of whether the event takes place every two, three, or four years is important to the festival’s ability to establish itself in the public mind.”

The total festival budget was approximately DKK 17 million. Of these DKK 6.7 million were granted by the Danish Arts Council; approximately DK 6.7 million were supplied by other foundations, while the exhibition venues themselves contributed approximately DKK 3.5 million. It is as yet uncertain whether the contemporary art festival in Copenhagen will be a recurring affair. The question will be settled by the new committee for visual arts set down in January 2014 concurrently with the restructuring of the Danish Arts Council and the art subsidy scheme.

The report summarising the assessments (art-related and administrative) can be found at: Ekstern faglig evaluering af Copenhagen Art Festival – Kvadriennale for samtidskunst. 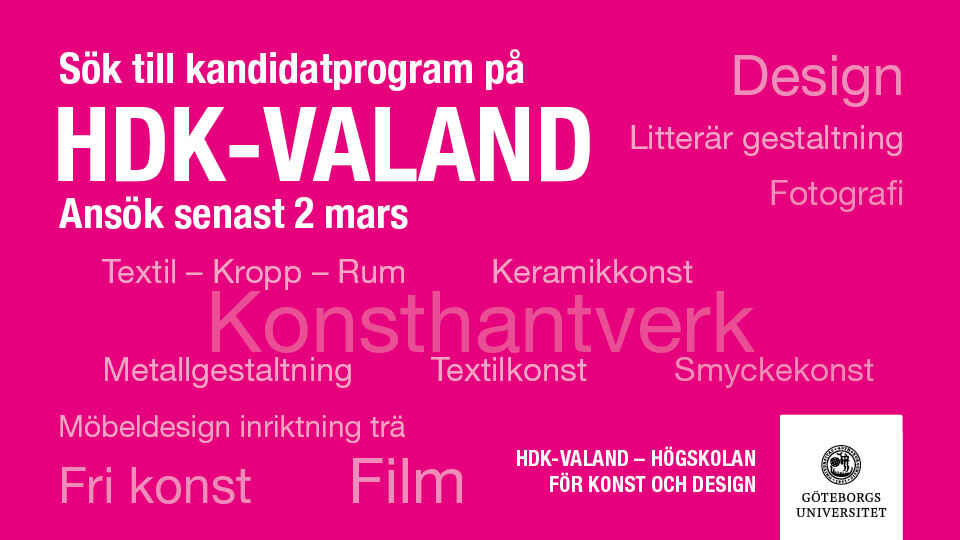