When Ralph Rugoff, curator of the main exhibition at this year’s Venice Biennial presented his artists list last week, the self-taught Norwegian-Nigerian artist Frida Orupabo (b. 1986) was one of three Nordic artists represented; the two others are the more established Danish artists Jeppe Hein (b. 1974) and Danh Vo (b. 1975). A sociologist and social worker by profession, Orupabo had long been making collages for her Instagram account, when in 2017 she was invited by American artist Arthur Jafa to show her work in the Serpentine Gallery in London. Since then, she has exhibited in New York, Berlin, Stockholm, and, currently, at Kunstnernes Hus in Oslo. “It has all happened very fast,” Orupabo told Kunstkritikk, “but I am, of course, grateful. It’s always a good feeling when your work is appreciated.” When asked about her opinion on Rugoff’s statement that “art does not exercise its forces in the domain of politics,” Orupabo mentioned the Black Panther activist and artist Emory Douglas’s work as an example of how art can be connected to activism and change. “The fact that art and artists experience censorship is in itself a sign that art can exercise its forces in the domain of politics,” Orupabo said. Read the story in Norwegian here.

The cultural politics that disappeared

On 12 March, leading politicians, editors and political commentators, as well as voices from the art world at large, gathered in a packed banquet hall at the Workers Museum in Copenhagen for a debate on Danish cultural politics. The organisation Dansk Kunstnerråd hosted the event, naming it a “rally” ahead of the upcoming Danish parliamentary elections. The occasion was a report commissioned by the Danish parliament Altinget, titled “Between ballet and cinema – art and culture according to the Danes.” According to the report, the Danes not only consume more culture than any other nation in the EU, but a majority is also highly supportive of public funding for cultural institutions. Still, the panel seemed to agree that the field of culture generally has a low status within Danish politics. “While cultural education used to be an ideal, no politicians today want to seem elitist,” said political commentator for the Danish daily B.T., Søs Marie Serup, when describing what she called an intentional “dumbing-down-effect” in Danish politics, which she sees coupled to “a business-mindset where all political actions are supposed to pay off economically.” Read the story in Danish here.

During recent years, the effects of political governance on artistic freedom has been an issue of recurrent debate in Sweden. Swedish political parties, both on the left and on the right, have been criticised for taking an instrumental approach to cultural politics. In a new report, Kulturanalys, the Swedish Agency for Cultural Policy Analysis, proposes that the government should investigate these allegations. Kulturanalys also finds that the criteria for receiving state funding should be clarified. “We have understood that there are different opinions on how culture is governed and how free artists actually are when they’re applying for funding. But we don’t know what the reality is, and for this reason there’s a need for a closer examination,” said Erik Peurell, operations coordinator at Kulturanalys, to Swedish broadcaster Sveriges Radio. Minister of Culture and Democracy Amanda Lind (Green Party) does not reject the proposal. “The arm’s length principle and artistic freedom are, of course, absolutely fundamental, so I have to consider the report’s findings and get back with proposals for what steps should eventually be taken,” Lind said to Sveriges Radio.

“I believe this award recognizes my lifelong commitment to photographing the streets, and I look forward to taking many more street photographs. Thank you so much.” These were the words of renowned Japanese photographer Daido Moriyama (b. 1938) when he was awarded the 2019 Hasselblad Foundation International Award last week. This year, the foundation celebrates its fortieth anniversary, and the award is for a sum of one million SEK (approx. 100,000 EUR). The award jury held that “Moriyama’s images embrace a highly subjective but authentic approach. Reflecting a harsh vision of city life and its chaos of everyday existence and unusual characters, his work occupies a unique space between the illusory and the real. Moriyama became the most prominent artist to emerge from the short-lived yet profoundly influential Provoke movement, which played an important role in liberating photography from tradition and interrogating the very nature of the medium.” The award ceremony will take place in Gothenburg, Sweden on 13 October, followed by a symposium and the opening of an exhibition of Moriyama’s work the next day.

This week, curators Eva González-Sancho Bodero and Per Gunnar Eeg-Tverbakk presented the programme and list of participants for Oslobiennalen (the Oslo Biennial), “a new format for a biennial in public space,” that will open to the public on 25 May. The term ‘biennial’ is not to be understood literally, as the first edition will cover a period of five years, from 2019–2024. Initially, works by twenty-one participants will be presented in the two weeks following the opening in May; works by eight other participants will be revealed in October, with the remaining programme announced in the years to come. “The biennial should not arrive in the city as a finished idea from somewhere else, or as the result of hasty decisions. We want to use the city as material, not as a backdrop,” Eeg-Tverbakk told Kunstkritikk. González-Sancho Bodero added that some of the projects show how the biennial can be a force on the local art scene. Both curators emphasised that this biennial will be “artist-friendly.” Participating artists will be provided with generous production budgets and facilities, and even art historians ready to help with research. See the list of participants and read the story in Norwegian here. 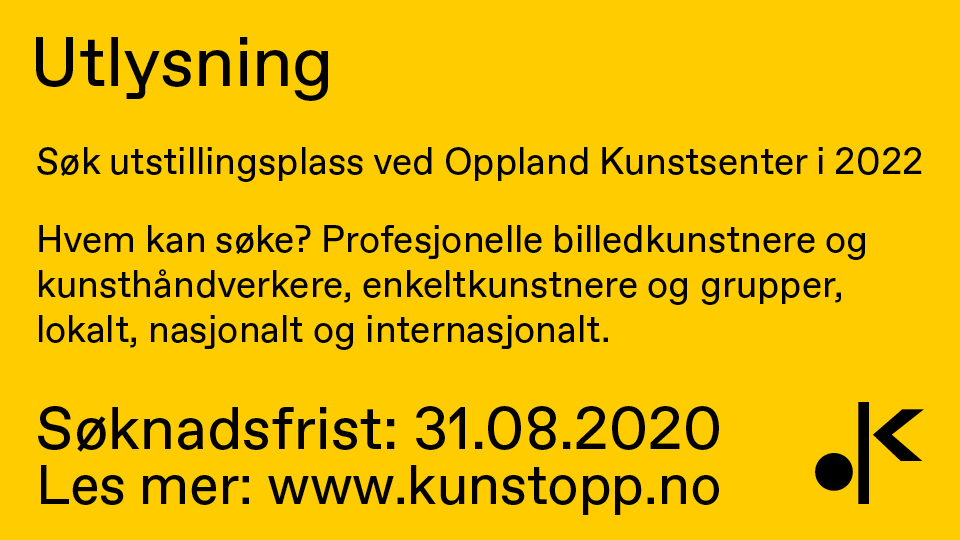