Since her participation at the 53rd Venice Biennial, her gigantic solo effort at Kunsthaus Bregenz in 2011, and certainly with her deceivingly simple installation and mechanical ballet of opening and closing window blinds at the Kassel Bahnhof for Documenta 13 last year, Korean artist Haegue Yang has advanced from the status of an emerging artist to become a household name in the global art circus.

Born in 1971 in Seoul, educated there and at Frankfurt’s famed Städelschule, Haegue Yang divides her time between her native city and her home for most of the last decade, Berlin, with visits to Malmö, where she has been teaching for several years.

I wonder how she manages. With seven one-woman shows on three continents, not to mention three publications and a string of group exhibitions in this year alone, it goes without saying that her schedule is frantic. But her voice at the other end of the line is concentrated, calm, even relaxed, less than a day before she is off to finalize the installation of her first solo exhibition in Norway. But then again, what could surprise an artist who has made physical and mental mobility the central theme of her work?

If earlier works focused on voluntarily self-imposed restrictions of mobility, later pieces developed melancholic narratives relating to ideas of uprootedness, of being disjointed, not belonging, or never arriving, with temporal and precarious constructions which reveal an inherent disorder, a makeshift community of disparate nomadic components, like in her works based on collapsible racks or display units on wheels. Such as her series of Dress vehicles (2012), or most recently her Sonicwears made of jingle bells for the audience to wear or move, channeling the wry humor of Franz West and his Passstücke. At the same time her work eloquently and precisely presents probing representations, pouring metaphors of a strange and uncannily familiar cultural landscape of transformation into an absurdist and poetic, equally evocative and laconic installation that could be a set for a play about economic, political and social destabilization with the visitors as its cast.

Would you like to do an interview with me?

Sure. But let‘s avoid the fundamental questions please. I‘ve just been through an interesting, yet extensive and exhausting interview that focused entirely on the fundamental questions, such as artist’s importance in society etc. As much as it was interesting for me to confront these questions, it is tough to answer them. And considering readers of the interview, it could be super boring to hear my honest and accurate, yet “only right” and very long-winding answers. I also realized that any of my attempts at abbreviation – or just being snappy – come out sounding catchy or wrong.

So let‘s stick close to the show in Bergen. It nearly coincides with your show in Glasgow at the Glasgow Sculpture Studios. Is there a connection between the two?

Originally, there was no intention to connect these shows, yet I realized they were happening at the same time and you can’t avoid mutual influence among productions, since one is working on two large parallel shows over a certain amount of time. When I expressed my understanding of this circumstance to both curators, we decided to collaborate on the publication. But the connection is also reflected in the exhibition titles: both begin with the word Journal: Journal of Bouba/kiki in Glasgow and Journal of Echomimetic Motions.

Journal in the sense of a diary?

Let me explain the framework in very broad strokes: Bouba/kiki is a term from Gestalt psychology, a metaphor for a possible connection between an artistic formal/visual language and linguistics, while Echomimetic Motions is about the connection of language to sound or motion. As the production of both shows was supposed to happen in parallel this summer, I set aside a big chunk of time to work on these large projects and I guess that “journal” addresses the shared time, dedicated to both productions, during which I developed things on a daily basis. The works chronicle my thoughts, so I used the idea of a journal as a building block for the shows.

Where did this development lead you, and how are the works in Glasgow different from those in Bergen?

The work for Glasgow was produced onsite, during a residency, making use of the facilities and technicians at Glasgow Sculpture Studios (GSS). So the process was quite organic, a matter of experimenting and testing. The works for Bergen were shipped, and each group of works articulates itself room by room, and altogether they progress through the four spaces of the Kunsthall, from the Windy Orbits (2013) that greet the visitors in the first space with sound, wind and movement, to the large space of Sonic Figures (2013) with a reference to Oskar Schlemmer’s Triadic Ballet.

Schlemmer is a very specific reference. What fascinates you about his ballet piece?

I have never produced a proper figurative sculpture before. The characters in Schlemmer’s ballet are figures, but filled with citations of the human body as robots and translated into geometry. They are closer to machines than to humans, so I can’t possibly study human anatomy here.

But it is about posing and posture?

Looking at Schlemmer’s drawings I realized that I had speculated that some of his figures are born out of certain poses, like the one with the extended leg, which dominates the entire figure, defining entire scenarios. I am interested in various notions of “dance”, driven by the possible combination between dance and something else, such as spiritualism, in this case Bauhaus. Avant-gardists and modernists like Schlemmer wanted to explore how far to stretch what can be called dance. I guess it‘s the same with the human and the robot. Even if his ballet wasn’t strictly speaking dance, due to the limited movement of the figures, it definitely touches upon the definition of dance, to doubt and to redefine. His corset-like costumes lock up and hide the human body and it‘s not necessarily an emancipated way of displaying it, quite the contrary, at least by today‘s standards. However it also encapsulates conventional petite bourgeoisie culture, in which natural is all good, freedom is absolute value, radicalness is impossible and expression should be liberal. I think about this a lot: what are the benefits of the political liberalization of class structures we witness today, when this framework prevents us from any attempts of radicalization?

Dealing explicitly with Western Avant-garde is a new thing in your work. How did it come about?

I considered that this Western avant-garde was not my own tradition, since I‘m not European, which led me to a decision not to deal with it for long time, even if I was aware of it. Through discovering the trio of Theo van Doesburg, Jean Arp and especially Sophie Taeuber-Arp in the process of realizing my double-venued-show Équivoques at Musée d’art Moderne et Contemporain and Aubette 1928 in Strassbourg earlier this year, I found my own point of access to this modernism. Mainly through Sophie Taeuber-Arp, a modernist architect, artist, teacher and dancer, who combined extensive but not contradictory interests. However, Schlemmer was around all the time as a reference for many productions, including Dress Vehicles, so I thought it was time for me to face his work.

But what is the relevance of the jingle bells in your recent work. Do they stem from a Christmas sleigh or a jester’s hat?

When I sent images of my first pieces with bells to my friends in Korea, most of them asked me if I wanted to become a Shaman next. In Korea the Shaman always dances with bells, rattling them and making noise, to summon up the spirits. The bells already appeared in other works, but now they have come to be a main ingredient in freestanding sculptures. Equipped with handles, the work suggests a “possible dance” with them, if only allowing simple movements. This is important to me: the movements I imply are rather limited, not complex, or surprising, and certainly not challenging. They function like baby-walkers, or walking supports for elderly people. You shove them around, nothing else. Two of the Sonic Figures in Bergen have no handles and hang down from the ceiling so that you can only push or pull them, causing them to sway. This primitive, reduced, logged-in movement is interesting when extremely progressive, utopian and radical ideas are behind it. I am referring to this combination of primitive machines and progressive, radical ideas behind them.

What are the implications of this for today?

Today we are surrounded by incredible technical possibilities. But what do we do with them? The technical possibilities are extremely sophisticated, but on a daily basis our use of them is banal and naïve, often consumption- or taste-oriented. I say this without passing judgment. I was also thinking of Yvonne Rainer, dancing with mattresses, showing falling bodies, bodies challenged by their setting. The movement itself was not innovative, but it revealed a criticality that is inherently political. These constructions interest me.

From how you are explaining your work I can tell you are already working on the catalogue; in other words in a kind of post-production mode. But that is also an important part of making art: to make sense of an artistic production, not only in terms of producing objects but also as an artistic experience.

I‘m not quite there yet. There are so many gaps, nooks and crannies that require my attention to figure out why this and that specific detail was important for me. It makes sense to have this distance between the production and the opening, or the publication, to give you time and space for reflection. However, the work needs to be realized first, unless my thoughts were to remain merely and purely speculation. Honestly, I am still terrified that I really made these Schlemmer-inspired Sonic Figures. I haven‘t quite come to terms with it yet. 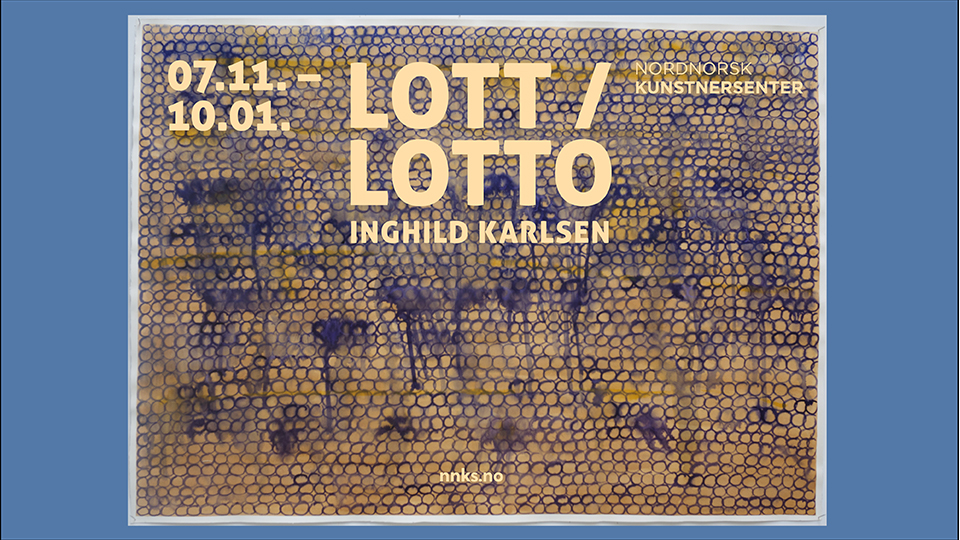