Lund’s Board of Culture and Leisure gave short notice when it announced last week that Lund’s Konsthall will be “reconstructed”. The cited reason was that transforming and modernizing the art institution will adapt it to “the present and future Lund”. It did not take long for the decision to be interpreted in social media and the press as a shutdown of the Konsthall.

“An artspace with sixty years of history is being shut down without discussion. The staff and myself are shocked”, director Åsa Nacking wrote in a press release issued on Friday. Her text strongly criticizes the politicians’ decision, and the fact that it was proposed and pushed through during an ordinary meeting, without any prior communication with the Konsthall.

This was denied by the Board of Culture and Leisure’s first vice chairman Peter Bergwall (Green Party), who contends that Nacking was aware of possible imminent changes after Lund’s conservative minority, with support from the Sweden Democrats, intended to save 3 million SEK from the budget of the Board of Culture and Leisure, by targeting resources allocated to the Konsthall.

“The commission that has now been decided upon involves rethinking the role of the Konsthall in future cultural engagements by the municipality. I can’t honestly understand how the director of the Konsthall understands this decision as a shutdown”, Bergwall says, adding that a reconstruction may imply many things.

“Opening up and developing the Konsthall enables us to include other cultural institutions within the municipality”, he says and mentions Stenkrossen Cultural Center and art schools as examples.

Despite this, Joakim Friberg (Social Democrat), who is chairman of the Board of Culture and Leisure, claims that the reconstruction of Lund’s Konsthall is unrelated to the forced savings of around 3 million SEK, and that it instead follows a decision taken by the Cultural Council on November 26th, 2015 .

“The decision states, among other things, that Lund should be an attractive place for living. Lund’s Konsthall plays an important part in this”, Friberg says, but regrets that the so-called “measures” will “be noticeable to the citizens of Lund”.

AN ATTEMPT TO GET RID OF THE KONSTHALL’S DIRECTOR

Anders Kreuger is a curator at Museum van Hedendaagse Kunst in Antwerp. In 2006, he was deputy director of Lund’s Konsthall, and subsequently remained at the institution over four years as a curator. His understanding is that the politicians’ decision is based in their lack of respect for Åsa Nacking’s directorial mission, and this weekend he published an open letter arguing that the Director of Culture in Lund, Chris Schenlaer, has to be scrutinized more closely.

“The Konsthall headed by Åsa Nacking is not the only organization in Lund whose capacity to act has been limited”, Kreuger says, and mentions independent art initiatives and small galleries that have seen their cultural support cut or canceled.

Kunstkritikk failed to reach Chris Schenlaer, who in an article in Sydsvenskan (12/12) instead emphasizes that she has protected the Konsthall, its director and scope of cultural activity from many assaults. She stresses that Lund’s financial situation is at its limit, and that it is narrow-minded in times when millions have to be saved yearly to focus only on the Konsthall.

Anders Kreuger disagrees that the Director of Culture has protected the Konsthall, stressing instead what Nacking and others have said regarding the actions of the Culture Administration. As an example, he mentions the fact that the Konsthall, unlike other institutions, was ordered to repay its deficit from 2014 in 2015.

“It is a way of strangling the institution”, he says.

Kreuger’s description is confirmed by artist Matts Leiderstam, who exhibited at Lund’s Konsthall earlier this year. He views the present decision as yet another attempt by the Board of Culture and Leisure to get rid of Nacking.

“They hide behind demands that the Konsthall must attract a wider audience and organize more youth activities”, Leiderstam says, “but refuse to recognize that Nacking is running one of the best exhibition programs in the country. The Konsthall is one of few institutions outside of the big cities that has a lot of credentials in the art world – even internationally. It is so damned provincial… sad!”

THE ARM’S LENGTH THAT DISAPPEARED

Leiderstam’s exhibition took as its point of departure the municipal art collection, and was viewed as an example of how the Konsthall can approach its revised mission, which since last year includes exhibiting “other art” as well as contemporary art. Simultaneously, a revision group was instituted by the city of Lund to ensure compliance with the new directives.

“Åsa Nacking invited me to work with the collection, but she made no demands that my exhibition should fulfill any promise or solve any conflict. Neither did any member of the Board of Culture and Leisure share their opinion during the exhibition period”, explains Leiderstam, who wants to to note that Åsa Nacking’s exhibitions are always made in total solidarity with the artists and their vision.

Peter Bergwall’s opinion is that politicians should adopt the principle of “arm’s length”, but adds that not all groups are reached by ‒ or reach ‒ the present activities at the Konsthall. He therefore holds that an overview of the institution’s function could make possible a more attractive structure. Meanwhile, he emphasizes that the visitor numbers are pretty good compared to other institutions, and does not consider the option of introducing entrance fees.

“Rather than increasing revenue it would decrease the number of visitors”, he says.

“Whereas the Konsthall before produced up to ten exhibitions in a year, it now produces four. That is a little to few, and the space is not utilized enough”, says Bergwall, who claims that this is the reason why the Culture Administration now has been assigned to review the art institution and suggest possible changes.

“Their strategy is for them to decide, but I assume they will include the Konsthall staff. But we have not given them a detailed mission”, he says.

THE KONSTHALL AS AN INFRASTRUCTURAL CORNERSTONE

Anders Kreuger does not at all agree that the Konsthall is incapable of reaching a wider audience, explaining how he and Åsa Nacking produced the popular exhibition catalogs that every visitor can bring home for free.

“These address not only an already conversant art audience but also a broad target audience. The publications, and involving the Konsthall in the production of new art works with local affiliation, became possible by reducing the number of yearly exhibitions to five”, he says, adding that five exhibitions later turned into four for financial reasons.

“This reduces audience attendance as well”, says Kreuger, ”and relates the development of cultural politics in Lund to the city’s poor cultural infrastructure, to which the Konsthall has been a cornerstone for nearly sixty years.”

“Lund’s profile as a city of culture was largely formed by the institution of a Konsthall nearly sixty years ago”, says Kreuger, who cites the contemporary events culture and the growing need for cities to conduct themselves as businesses as reasons underlying the present development.

“The Konsthall is very well established in its field ‒ contemporary art ‒ which in turn includes precisely what politicians now are calling for. The Konsthall hosts ’other art’ as well, but in a way that is crucial to our present”, Kreuger explains.

Åsa Nacking has made few public statements regarding this and other conflicts surrounding Lund’s Konsthall, and when she spoke to Kunskritikk she wished not to comment on her own position, or the different accounts given by other people involved. She agrees with Anders Kreuger, however, that Lund’s Konsthall should be neither a cultural center nor a place for events.

“Contemporary art needs its own place of reflection and discussion of current social issues. This is certainly not unimportant today. The space for art is increasingly shrinking, and it is more important than ever to have guidelines for how politicians become involved.”

Nacking is nevertheless of the opinion that the university city of Lund, which is leading in both academic research and engineering, needs a broader selection of culture to match its education level and growing population.

“But to force all the activities that one thinks one needs into one institution ‒ Lund’s Konsthall ‒ is not the solution”, she stresses.

AN ALTERNATIVE TO A MOSTLY PATRIARCHAL ART WORLD

Even if it remains unsaid whether the reconstruction of Lund’s Konsthall will lead to job positions being questioned ‒ and new ones, offered ‒ the decision made by the Board of Culture and Leisure makes clear that the Konsthall’s present function will be discontinued. Chris Schenlaer and her co-workers will deliver a proposal regarding the form and timeline for the reconstruction in February, 2016. Until then, claims Peter Bergwall, it is up to Schenlaer what happens.

This process seems vague to Anders Kreuger. He stresses that the Konsthall is a place for contemporary art to meet society. He argues that the conversation, instead of focusing on what is lacking, should attempt to articulate visions ‒ for the Konsthall as well as for Lund as a city of culture.

After the decision by the Board of Culture and Leisure was announced on Friday, a fast-growing Facebook group was created in support of the Konsthall. Members of the group discuss the national commercialization of culture, and make references to the events surrounding Kalmar Konstmuseum earlier this year, as well as to Värmland’s Museum in Karlstad, where curator Jörgen Svensson’s half-time employment was recently canceled and replaced by a project manager position.

One of the persons making statements in the group is art critic Carolina Söderholm. She stresses the need for an autonomous place for art, at arm’s length from political demands for profit, “emptied of any deeper meaning than momentary entertainment”.

“The architecture by Klas Anshelm is unique and the building is placed in the centre of the city ‒ right where art should be”, writes Söderholm, whose words are supplemented by artist Lily Benson, who contends that Lund’s Konsthall is an important alternative to an otherwise mostly patriarchal art world.

“Lund’s Konsthall is one of few places outside Malmö where I can see internationally exhibited works by female artists. Most art institutions still lack this perspective, while recent exhibitions at Lund’s Konsthall have changed my view on the work being made by contemporary artists who identify as female”, she writes.

“Many of these works conveyed to me new perspectives and methods to pass on, which has helped me to feel less alone and silenced. I can relate my present artistic practice directly to exhibitions at Lund’s Konsthall that I have seen over the past few years”, she states.

The conflict surrounding Lund’s Konsthall is self-fueling and never-ending. 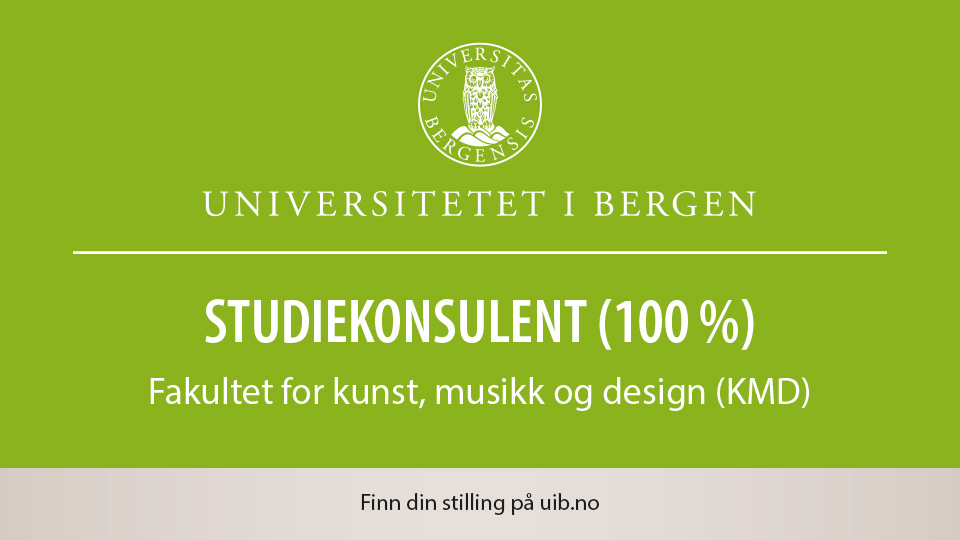 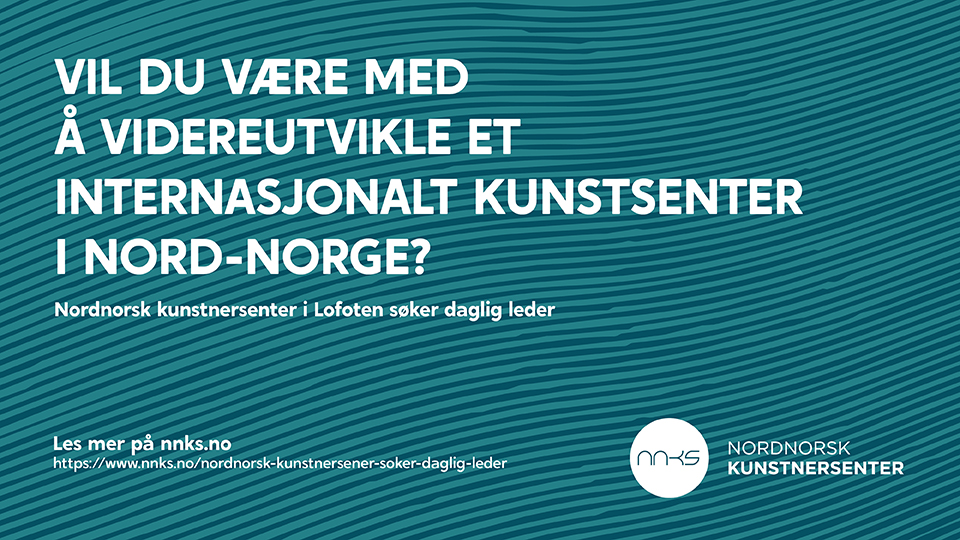