The region of Kvanefjeld in South Greenland is at the centre of the world. Of course not in a geographical sense, but the geological properties of the remote region nevertheless put it right at the core of one of the most significant challenges facing the present world. For generations the farming there have supplied a large area of the country with meat and vegetables, but that could very soon be a thing of the past. Since the discovery that the site is one of the richest deposits of rare earth minerals, including the sixth largest of uranium ore, foreign mining companies have shown great interest in Kvanefjeld, offering to invest large sums in the community – and Greenland as a whole – to gain access to the valuable materials. These investments will not only have a radical impact on the economic infrastructure of Kvanefjeld, but will also dramatically transform its social and cultural fabric.

In fact, as artists Lise Autogena and Joshua Portway document in their video Kuannersuit; Kvanefjeldet (2016), the interest itself is having a significant effect. Kvanefjeld has become a divided community. On one side are those who see the investments as a way for the community to prosper and for Greenland to gain independence, and on the other side are those who see the mining companies as a new colonial power and fear not only that they will usher in the end of the traditional farming culture but are also concerned with the health risks the mining presents. The split reflects the fundamental ambivalence that has haunted the nuclear age since its dawn. Are the rewards of harvesting the fruits of science worth the hazard of destruction and death they entail? Moreover, the split clearly demonstrates that the nuclear is not simply a scientific issue, but a force that shapes, and is shaped by, society, on multiple levels.

Autogena and Portway’s video is featured in the timely exhibition Perpetual Uncertainty, curated by Ele Carpenter of Goldsmiths College for Bildmuseet in Umeå. As her choice of title indicates, Carpenter’s exhibition focuses not only on the ambivalence, but the lack of definite knowledge about what it means to live in the atomic age and its radioactive environments. The exhibition opens in a year that marks the 30th anniversary of the meltdown and subsequent fire at Chernobyl and the 5th anniversary of the Fukushima Daiichi explosion. And while both events no longer make the news, several works in the exhibition show that the disasters are far from over in the sense that their effects are still unfolding. This is made evident by Jon Thomson and Alison Craighead’s Temporary Index, Chernobyl Reactor #4 (2016), a totem counting down the 20.000 years – in seconds! – of radioactive decay from the day of the explosion. These effects are going to be potent for a long time, probably even exceeding the extinction of the human species. Thus, Perpetual Uncertainty also ties into current discussions about the Anthropocene and how human activities are transforming the ecology and geology of the planet. These discussions tend to focus on climate change, and the exhibition’s emphasis on the equally critical issue of radiation constitutes a crucial addition to the debate. In fact, the informed insistence that we concern ourselves with the social politics and existential conditions of the nuclear age, at a time when these are too often ignored is the exhibition’s greatest feat.

While there are no works directly advocating a pro-nuclear stance, Perpetual Uncertainty does not come off as a biased statement, but presents itself as a cool, broad-scope engagement with the extremely ambivalent phenomenon of nuclear culture as reflected in more than 25 recent works of contemporary art. There is Eva and Franco Mattes’s The Last Film (2016), which displays the film reel of the last movie shown in the Pripyat Cinema before the Chernobyl disaster. In all its simplicity, this readymade functions as a pointed object that testifies to the end of the imaginary world of cinema, and the beginning of the material reality of radioactive contamination. Erich Berger and Mari Keto’s Inheritance Project (2016) consists of a cabinet with Thorianite and Uranianite jewellery, as well as the equipment to measure radioactivity levels. With reference to family jewellery that is passed on from generation to generation, the work makes tangible how we inherit nuclear waste, not just as a society but also on an intimate level. This gesture of making tangible and visible is, in general, characteristic of the best of the works in the exhibition.

Carpenter has included a small handful of older works, such as Isao Hashimoto’s animated world map of all the 2053 nuclear explosions that took place between 1945 and 1998, and James Acord’s Roundtable (1999), which he built for his studio to facilitate discussions between nuclear scientists, engineers, environmentalists and artists on the possibilities and risks of working with nuclear material. In the context of the exhibition, Acord’s table serves as a reading post for a large selection of nuclear literature, and is placed in a central location to constitute an emphasis, both dramatically and practically successful, on the necessity of reflection.

An interesting, if somewhat implicit aspect of Perpetual Uncertainty is how it demonstrates that “nuclear art” does not always lend itself easily to institutional presentation, or at least poses a challenge to the ideology of the white cube. To avoid the danger of contamination, Ken and Julia Yonetani’s 14 chandeliers refitted with uranium glass has to hang at a certain height, while other works have to be presented behind acrylic glass, including the objects from the Fukushima exclusion zone selected by the project Don’t Follow the Wind. The latter work was originally intended to be displayed throughout the museum building – including a bench that visitors could sit on – but due to an official risk evaluation, it was decided to place the objects in a no-access space. Moreover, a measurement of the radioactive level of Bildmuseet as a whole has made sure that visiting the exhibition is not dangerous. At the same time, while in Umeå I read Mary Mycio’s travelogue Wormwood Forest. A Natural History of Chernobyl (2005) in which she writes that flying exposes you to high levels of radiation, even compared to the area around Chernobyl. This might be a curiosity in the larger scheme of things, but it nevertheless goes to show that radioactivity is still, and indeed forever will be, a difficult object to handle, perceptually and physically. And while some works were definitely more compelling than others when it came to making tangible and visible, the exhibition as a whole managed to make the convincing argument that art is an essential language to address and engage with this difficulty.

As an endnote it should be mentioned that Perpetual Uncertainty is accompanied by a vast public program during the six month exhibition period, and by the publication of the comprehensive anthology The Nuclear Culture Source Book, edited by Ele Carpenter, which hopefully will keep this topic on not just the artistic but also the political agenda for years to come.

Martin Sæther’s low-key and poetic exhibition at UKS in Oslo gives centre stage to the impersonal details of home interiors. 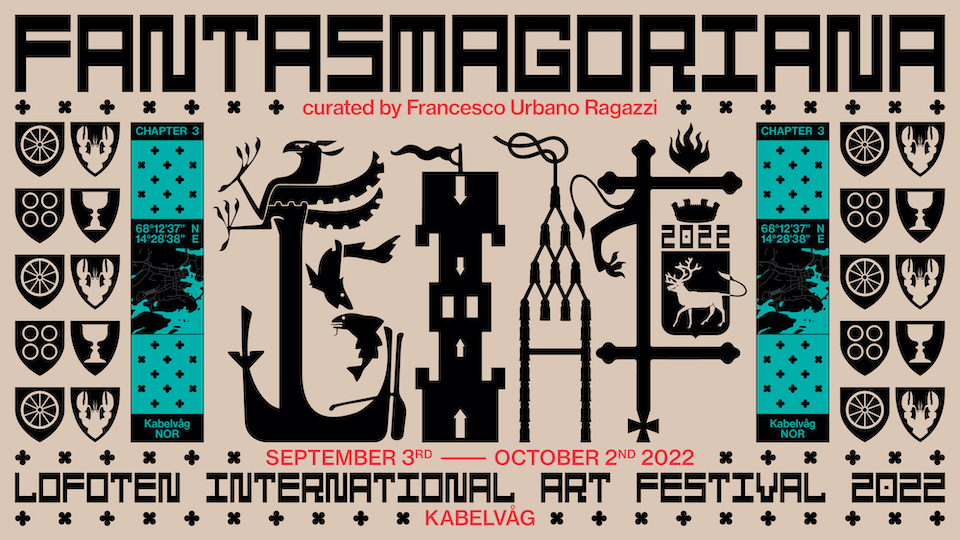